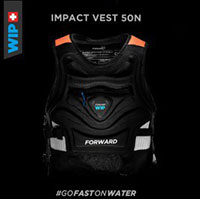 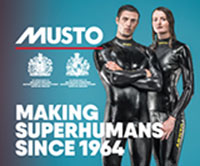 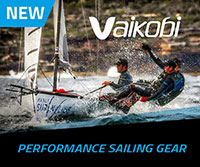 Zhik are releasing their next generation ocean gear, Isotak X, in early December and it is being used right now by teams in the Volvo Ocean Race.

Be the first as BoatCrewGear.com are taking pre-orders and offering a FREE set of Zhik Seaboots for every set sold, or a 50% discount off seaboots if you just want one piece.

"Why Isotak X will make a competitive difference

Following a diligent and lengthy consultation with offshore racing veterans, Hussey says an immense amount of R&D has gone into Zhik’s latest range of offshore garments, Isotak X. ‘It uses the same fabric as the previous Isotak Ocean, but with some significant innovations.’ New features include:

1. Hydrovision hood – Smock, drysuit and jacket. This has been developed to provide a high level of protection while enhancing the sailors’ field of vision. Hydrovision refers to the new hood visor, a rigid clear polycarbonate that provides unprecedented peripheral vision and protection. The visor can be positioned to cover almost the entire face while still allowing the vision necessary for a helm or trimmer to perform to the highest levels. ‘We developed this as a result of the feedback from sailors in the last Volvo Ocean Race, who wanted something to help them cope better with the firehose of water that hits them at high speed in strong wind and big waves. The hood and visor also stows neatly behind the head so it is easily accessed and deployed with one hand,’ says Hussey.

2. Zhik adaptive hood collar system – Smock and drysuit. ‘This is an adaptable collar/zip-on, zip-off hood for the Isotak X Drysuit and Reziseal Smock,’ says Hussey. ‘We had been experimenting with the idea for a couple of years prior to our partnership with AkzoNobel and Dongfeng. The main advantage is that the crews can carry one smock that is adaptable to all the expected conditions. It can be worn with full ocean collar or with various other collar designs and accessories such as Zhik’s waterproof hoods, and the Avlare or Neoprene balaclavas. With conditions capable of varying from one extreme to the other on a single race leg having versatile clothing is a big advantage.’"

Read the whole article on Seahorse